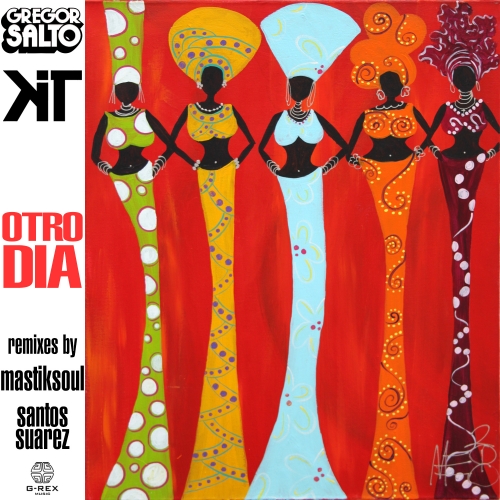 Last April, Gregor Salto and KiT succesfully released Otro Dia. It quickly gained huge support and turned out to be a favourite to be remixed and mashed up. The catchy lines and warm drums inspired Portuguese Latin House legend Mastiksoul to produce a fresh remix. G-Rex invited the talented Dutch producer Santos Suarez for an extra remix.  Mastiksoul about his remix: “Gregor Salto always brings the vibe like no one and “Otro Dia” was no exception so I felt I could really put my vision on it and contribute to the original vibe”Gregor Salto is always on a hunt for talented artists and asked Santos Suarez for a remix. “For this remix I kept the spirit of the original and added grooves and a melody to make it my own”.Otro Dia started on one of Gregor Salto’s favourite islands, Curacao. After hearing the percussion skills of Roel Calister, (the frontman of Kuenta i Tambú (KiT)), they decided to team up. This song is about the moment of sunrise, when you hear all the little birds announcing the beginning of a new day. The lines are a combination of Papiamento, Portuguese and Spanish.Otro Dia is now available on Beatport.